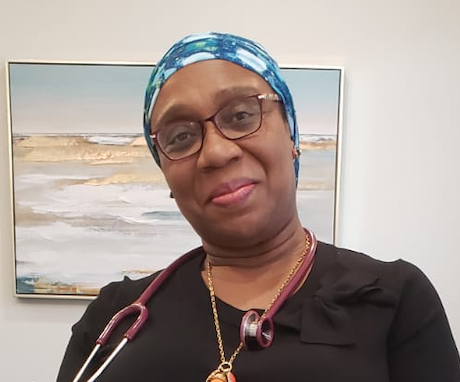 As a high-school graduate in French and English, she took eight months of intensive classes learning the German language and got thereafter her admission in the faculty of
medicine at the University of Leipzig in Germany where she earned later her Medical Doctor degree. Her medical research work for her thesis focused on the possible neurological treatment of Alzheimer’s disease.

After Germany, she moved to Canada where she successfully completed tests required to qualify for the residency and was admitted in family medicine at the University of
Sherbrooke in Quebec, Canada.